Since the day I discovered the existence of Los Angeles, I knew I was destined to bond with this magnificent city. A bond that was created pretty easy due to the fact that my boyfriend was born and raised in LA. Some would argue it wasn’t such a coincidence we fell in love … but let me set the record straight: LIES!

As Miley Cyrus says: “I hopped of a plane at LAX” and that is exactly what I did. My first-time touching ground in the USA, was off a plane at LAX back in 2018. And YES, I made sure to blast the song through my headphones while strutting down LAX’ endless hallways and while waiting in line for customs. I’m dramatic like that.

2.5 years and 3 visits later, Los Angeles has become a place that I can call home. That’s of course mainly because I have gained an entire family over there, a family that has welcomed me with open arms from the beginning. It is because of them I have had the chance to not only get to know the city by being a tourist, but also by being part of the city’s casual dynamics and lifestyle.

Yes, casual because those are the vibes. ‘California Casual’ as my boyfriend likes to say, as he uses to describe the city’s sense of fashion. A fashion that I’ll probably never truly adopt being a true European fashion lover. But a lifestyle I can pretty much enjoy to its fullest extent.

When you think of Los Angeles, you think of Malibu, Hollywood, Venice Beach and Santa Monica. Places I’ve pictured myself rocking the sidewalks over and over. Well, rocking the sidewalks was no problem for me when I finally found myself living my dream, but I couldn’t help and notice the vintage look. “Faded glory” I remembered saying. I’m not sure if those words were the right pick but it was definitely not as glamourous as in the movies. You might be thinking: “Isn’t that for all movies?”. Yeah, you’re probably right.

But here’s the deal, I live for vintage!

You definitely feel the city’s glamourous prime resonate in all corners, which makes it even more special. The Golden Age of Hollywood as they say, a time where Los Angeles was thriving and developed itself into the movie and music industry capital as we know it today. A time I wish I had been alive to experience. Nevertheless, the legacy is still very much visible, just covered with a vintage filter, which potentially makes it even more ‘Instagram worthy’. But I’m not just interested in the photo-op. I love enriching myself with the city’s past, a past that is so fabulous and truly represents the American Dream. Something that I’ve always been attracted to, being a small-town boy from the Netherlands. I was never scared to dream big and in a city as Los Angeles, all seems possible.

Besides these must-see glamourous vintage highlights, Los Angeles also has a wide range of other cool and trendy areas and there’s a whole spectrum of different cultures to be found. None of which I’ll be discussing today as this is not my ‘Top 10 Places of Los Angeles” post, however I’m sure it’ll be online sooner rather than later.

Anyway, I love the diversity in culture throughout the city and I love the fact that you can eat the best burgers, sushi and pho. Whatever you dream, it’s all there. Speaking about burgers… In-n-Out burgers is probably the most famous burger that I’d never heard of before. Shame on me! After arriving at LAX back in 2018 it was the first thing, I was being fed. Make sure you order them animal style, its freaking delicious! Ughh, I’d really like one right now!

Another reason why I’m so connected to this city is dance. For those getting to know me though this post, I’m a professional dancer. Los Angeles houses some of the world’s most famous dance studios. Literally every class feels like you’re being part of a music video. It’s intense and I think I’m addicted to the adrenaline kick it causes me. Every year, hundreds of dancers from around the world come to the city to train with their beloved and idolized teachers, and I’m no exception to that.

I can’t deny it, Los Angeles has a pull over me, the city fascinates me.

There are many more stories to be told about Los Angeles and I’m sure there are many yet to be made. I’ve loved exploring LA every single day and I’ll continue to explore when I’ll visit again in the future.

My relationship with this city will continue to grow, as it is a dancer’s heaven, as I love the vibes and as I’m fascinated with the city’s endless possibilities.

But even more importantly… as it is a city where I have a family. 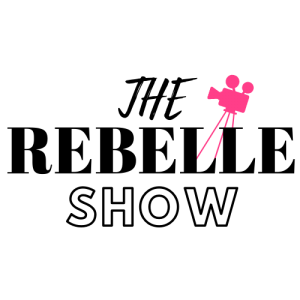